Life is a journey – so let us share some of ours with you (: @ OrangeCouchZA

Good evening, it’s been some time (almost 6 months) since I’ve written anything besides short updates on the welcome page of the blog. Never fear though, I can summarise 5 months of life into a single sentence, using the power of imagination and words, and long sentence structures:

But more about that later, let’s first take a look at what a day-trip to Pulau Pari, one of the Thousand Islands off the coast of Jakarta, looks like:

I braved the day with a fellow adventurous soul whom I met through business locally – he termed it “a young and old bachelor”, sort of like a sitcom name, but he is married and I no longer watch much TV. 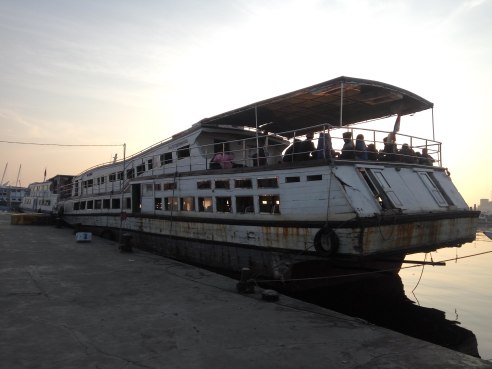 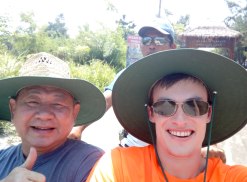 I got lent a hat for the day – style

We woke up before dawn (<5am in Jakarta) and went to the local harbour. We would be taking the slow ferry to the island, returning with a fast ferry in the afternoon. The ferry, along with the slum area that the harbour was part of, did not look brand new, or branded, or even moderately aged. However it didn’t sink and we got to the island after a steady 2 hours on the water.

First things first, having impulsively haggled down and bought the 10 caged birds we were offered before departing the harbour, we had a little release event for 9 of the 10 birds – the 10th didn’t look like he was going to make it. We will miss Jacky and his cheerful chirp chirps..

Pulau Pari isn’t the prettiest or most adventurous island of the “Thousand”, but it’s authentically local, barely commercialised in international context and also somewhat closer than many other islands (good for a day trip). We bought our return tickets next, tried a local fish cake snack (not my favourite) and made our way for brunch on the other side of the island, at Pantai Pasir Perawan (virgin beach). 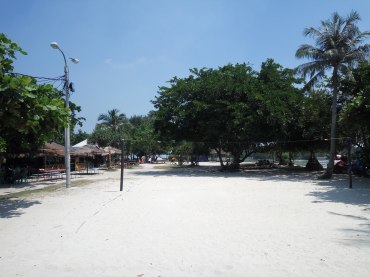 The beach deserves its name, although the tide would’ve completed the picture properly if it had been a bit higher at the time. Food was prepared on request, fresh fish (caught by the fisherman on the island) and kankun (grown by someone, somewhere) with sauces and so forth. An evident coconut shortage was remedied later in the day as well, when fresh supplies arrived and we had our fill.

Next up was hiring a local boat and going out for some snorkeling. This held some good and bad surprises. Good surprise: Great fish variety and density where we went, just a ways outside the island’s tiny harbour. Bad surprise: Indonesia is not known for a world-class program (or sometimes even awareness) of waste management. This means there is usually some plastic cup or bag somewhere in the vicinity, if you’re not far out from inhabited areas. Good surprise: The corals are being regrown through some hard work and magic.

After our share of snorkels and pretending to remember free-diving instructions, we enjoyed a leisurely time in the shade of our boat, me learning more about local politics, some business workings, apples, life and further pointless facts.

Back on the island we had that aforementioned coconut craving remedied and eventually queued up for the fast ferry back to Jakarta. The fast ferry ended up being an average ferry unfortunately, apparently due to some water pollutants getting trapped in the propellers – charming level of worry this gives.

Back on larger land we found a taxi just in time to enjoy the day’s instant thunderstorm from inside the car instead of inside the deluge itself. An hour later, I’m hugging myself in the shower all happy and safe back home.

Should you try it?

My opinion remains that Jakarta, as with any big city, has tons to offer someone living here. However the problems you first encounter when arriving (pollution, traffic, strangely poor maintenance, more pollution, alcohol-free beer) are equally real and concerning. Also the latest Jakarta-province election seems to have taken a bit of a religious turn, something that history doesn’t normally paint a pretty picture of. 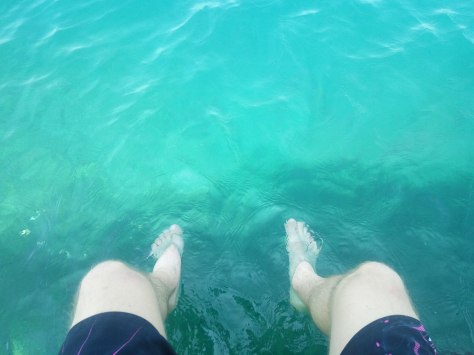 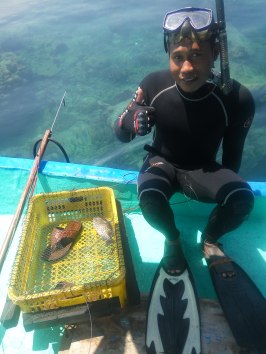 TADA – I have finally been able to share once-more about some of the adventure in my life. Pulau Pari is not the height of paradise islands, but taking the slow ferry to a quieter island and seeing only 1 other white foreigners adds significantly to a ‘local experience’. It also didn’t dent our wallets too badly – we spent roughly IDR600’000 each (you work out what that is in your currency please).

Suiting up for JET

Allow me then to come back to current life and future plans. It is May 2017. This month will mark my 30th birthday, which is (almost to the day) 2 months ahead of my arrival in Japan as an assistant English enthusiast on the Japanese Exchange and Teaching Program (JET). It also marks roughly 2+ years since I originally put the target down to go live in Japan, following the end of my year in China (amazing country).

There is a lot to say about leaving my current job and situation (to which I am greatly indebted), as well as about moving to Japan with JET. But we will leave that for another time. A time that might see some videos getting added to the mix. I know, I know.. it’s super cliché. White kid, English teaching, Japan, a recipe for mass production. Deal with it (: It seems crazy fun and I feel like trying it, like most of life ❤